A fellow collector of diecast cars was gracious enough to hand me a piece of the 1925-Model-T-Tourer-Convertible (1983 Lledo - Models of Days Gone). What caught my attention was the phrase imprinted on the side of the car which said "The Fifteen Millionth Ford". So I ask, what is so special about this car? This is the very car that was driven by Edsel Ford, son of one of the great guru of modern car producer - Henry Ford. What I know of this great man is little, but what I do know of him is that had it not because of him we would not be driving the car or cars hitherto. 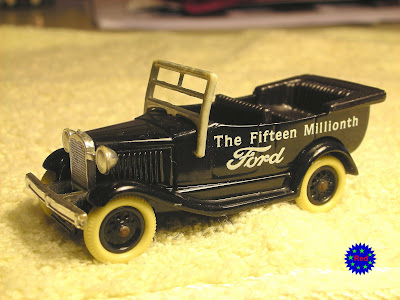 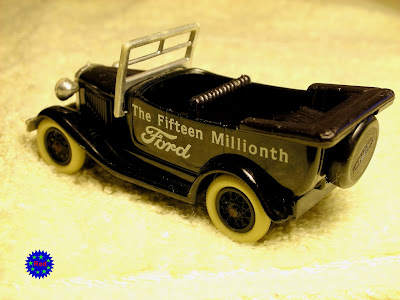 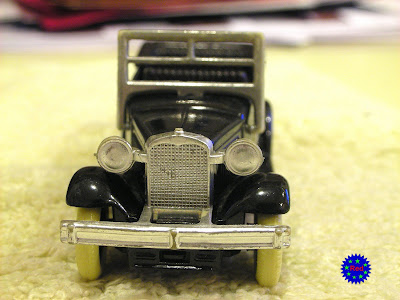 Henry Ford was borned in 1863 and had said in 1909; "when I'm through with the design of the car, everybody will be able to afford one, and about everybody will have one, which effectively means a continuous reduction in price by improving the assembly line so that the Model T (colloquially known as the Tin Lizzie and Flivver) could be produced inexpensively. The car was sold to the first customer on October 1, 1908 and he transformed the automobile itself from a luxury to a necessity. In 1914, the Model T dominated the world's leading market and on May 26, 1927, Henry Ford watched the fifteen millionth Model T Ford roll off the assembly line at his factory in Highland Park, Michigan. The Model A which is sporty, attractive, well-built, and smooth-running replaced the Model T in 1928.

Henry Ford died on April 7, 1947, at the age of eighty-three, 20 years after the first Model T rolled out of the production plant. 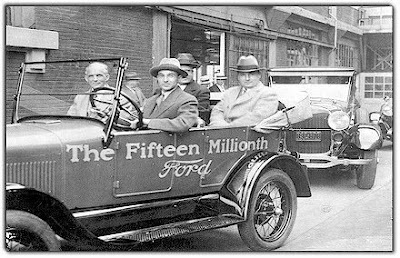 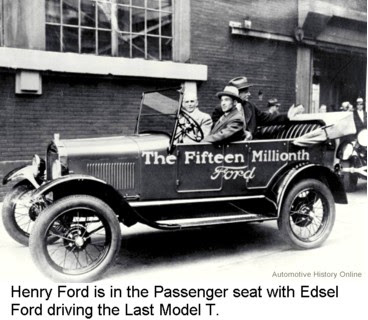