The Many Disguises Of "Letter Getter"

LETTER GETTER
'Letter Getter" is a Hot Wheels diecast car with many disguises of different names over the years but it's the same car. It made its debut in 1977 (Card #9643) (Series Name : 1977 Hot Wheels) under the name "Letter Getter" by Hot Wheels, designed by Larry Wood and subsequently took on many other names, but yet it's a similar car. Last check with reliable sources suggests that if you still hold the same piece in LOOSE, yes loose, it would most probably fetch something between USD 400 to USD 600, depends on the condition of the car. 'Letter Getter' appeared another 4-more times over the years, also in 1977 (Series Name : Flying Colors #20), 1979 (Series Name : The Heavies), 1979 (Series Name : Hot Wheels) and 1982 (Series Name : Hot Wheels). Since then, we have not seen another piece of 'Letter Getter'. One just can't tell the difference between the 5-different castings as they look alike. However, the 1977 and 1979 models are Hong Kong castings while the 1982 model is of Malaysia casting. Below is a loose piece of "Letter Getter" - 1982 Malaysia casting :- 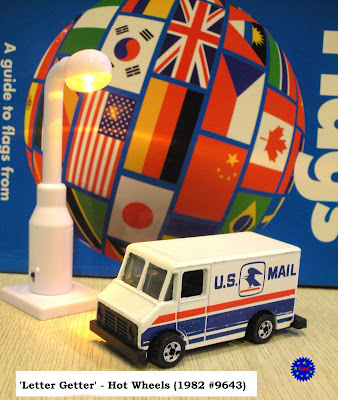 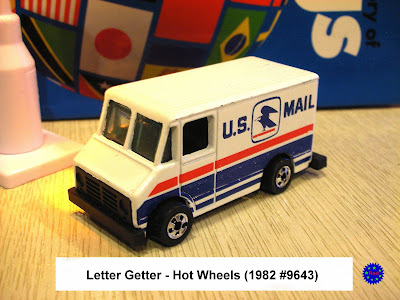 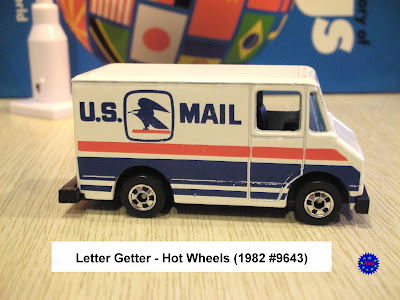 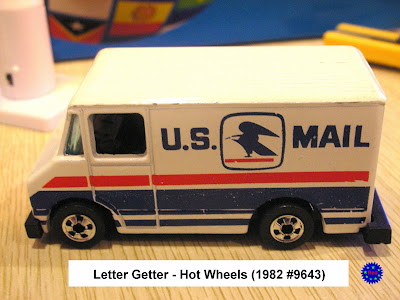 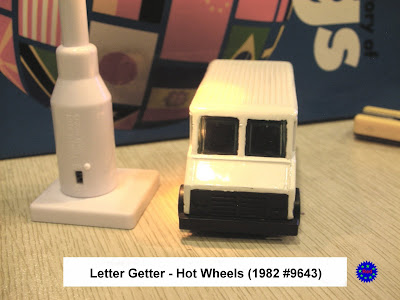 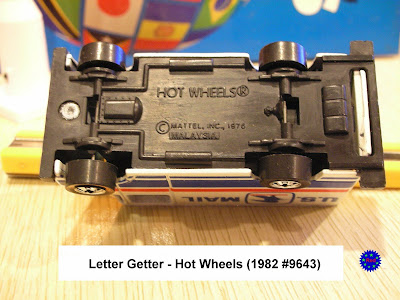 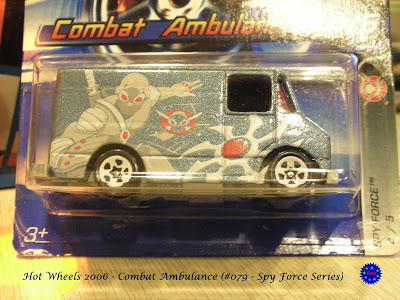 The "Grumman Long Life Vehicle" or LLV is a light transport truck designed for and used by the United States Postal Service. It entered service in 1987 and the last of it in 1994. Notable points of the vehicle were: serviceability, handling in confined areas, and overall economical operation. The LLV is capable of 20 years of operation where the original design lifespan of the LLV specified by the US Postal Service was 24 years, but was extended to 30 years in 2009. The body and final assembly is by Grumman, and the chassis is made by General Motors. 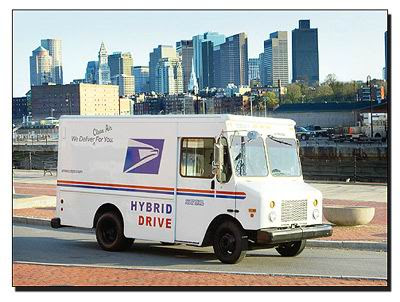 It has been something a long while since the last we saw 'Letter Getter' in Hot Wheels and we most probably may or may not see another similar piece again as the latest US Postal vans promotes the use of hybrid electric power to reduce fuel consumption and is poised to usher in a new era of US postal delivery. The US Postal Service has some 30,000 strong fleet of delivery van undergoing conversion to electric powered vehicles. Below is a typical "US Postal Service Electric Powered Chrysler Minivan". 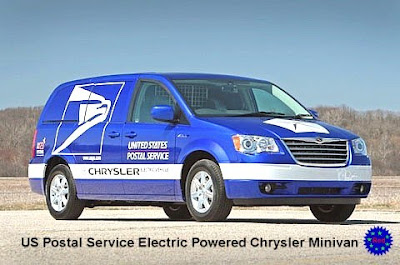